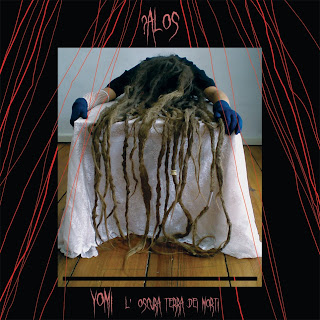 YOMI  L'Oscura Terra dei Morti
Bar La Muerte rec. (10"+cd, 2010) - Bar53 -
After 2 albums exploring the female workers universe, ?Alos starts a hard path towards shamanism. 2 songs from her previous album "Ricamatrici" in a new, pagan version, and a song from the next album remixed by Acid Mothers Temple's Kawabata Makoto. Great artwork by Ango The Meekdead and recording by Boris Wilsdorf at the Neubauten studio in Berlin.
Pubblicato da ?Alos a 02:12 Nessun commento: